For those of you who are already subscribed to my newsletter, plus you read yesterday’s post, this comes as somewhat old news. Or, an update, is perhaps the better way to describe it.

In that newsletter, I mentioned I’ve been working on a glossary for my first book release, Necropolis. I’m proud to announce the glossary has been completed and included in the latest version of the novel.

That version has now been upload to Amazon, plus all of the other major online book retailers. The book’s cover has not been changed, however. Therefore, those of you who may be familiar with what it looks like, plus it may have drawn some curiosity from you, are invited to click here to check it out.

The decision to include a glossary was something I decided to do because the book has many characters and locales.

Some readers who left reviews reported at times having difficulty keeping up with who is who. I’m up to twenty-four reviews now at Amazon and counting. It never hurts to get more, so why not click here to leave one? I would really appreciate it.

I got the idea of including a glossary after reading the introduction to another series of epic fantasy writings by J.R.R. Tolkien entitled the Silmarillion. Aside from the Bible, the greatest fantasy book of all time, if you ask me, Tolkien’s work happens to be one of the major influences that propelled me to write this novel.

His son Christopher, who along with Guy Gavriel Kay, edited the book and saw that it also contained several characters with many names of exotic places. Taken together, this posed a challenge for readers to keep up with, so they created and included an index.

I did not go so far, but as I’ve stated, I decided to work on a glossary for inclusion to the Necropolis. It’s now a done deal..

As always, thanks for your support. 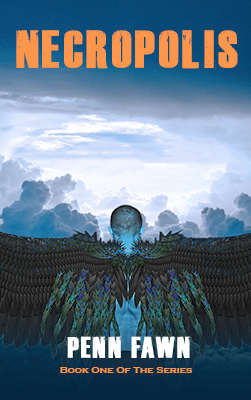 A couple days ago I mentioned a "Games," section was added to this website that will feature crossword puzzles. The subject matter pertains to my novels, influences, personal trivia, and so on. That means expect to see puzzles with questions about authors, literature, witches and warlocks,...

END_OF_DOCUMENT_TOKEN_TO_BE_REPLACED

A section called "Games," was added to this website. Check out the menu bar and you'll see I tell you no lies. The games section will feature crossword puzzles. Their subject matter will pertain to my novels, influences, personal trivia, and so on. Those of you who know something about me know...

END_OF_DOCUMENT_TOKEN_TO_BE_REPLACED

The second book of the Underworld Series is entitled Gargoyles and the Goatlord. I’m currently editing it, which will take a while, given my current workload. When I’m done, I have to send it to my proofreader/editor for another round of edits. Then I have to go over those, then edit the book...